The Day-to-Day of Running Your Business

Stationery? Who writes letters with paper and ink anymore? Well, to answer that, you have to understand a few things about writing letters and why many people still write letters. After you know and understand that, you should catch up on the reasons why you need monogrammed stationery.

Writing Letters Is an Ancient Form of Communication

For as long as people have had languages, alphabets, and understood how to write words or depict things that meant words, people have been writing letters. Some of the world's oldest letters are in Ancient Sumerian or Egyptian picture-script (i.e., hieroglyphics). Modern times have almost done away with writing letters, with most children not knowing how to write a letter, much less how to use handwriting at all to write. The computers and typed emails have taken over.

Why You Need Monogrammed Stationery

Monogrammed stationery used to be a gift presented to newly married couples so that they could write to each other when separated, or to write to other people to relay special messages. Paper is the first-year anniversary gift for wedded couples, too. The idea is to keep relationships going by communicating in written word what you might not be able to say out loud, or to keep romance going when you are separated by long miles. Monogrammed stationery is a part of history, and its most frequent use occurred during the first two world wars when wives and sweethearts would send their perfumed and monogrammed stationery to soldiers serving overseas.

Now, the monogram tells people that you are A) successful enough to put your initials on your stationery, B) you are classy enough to write letters by hand, and C) that your letters are coming directly from you, and no one else with that monogrammed paper. If you like the idea of being seen as sophisticated and classy, you write meaningful letters by hand and you make sure people know who the letters are from before the recipients even open those letters. Additionally, if you own and operate your own business, having monogrammed stationery looks very professional and well-thought-out. 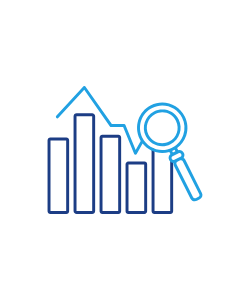 When running a business, it is easy to get caught up in making long-term plans and setting big goals. These things are important, but you also need to focus on the day-to-day elements of the service your business offers. How you interact with clients is important. So are the ways you deal with employees. On this website, you will find all sorts of information about the day-to-day aspects of running all types of business. Learn how to keep things in balance, and achieve a daily focus that helps you rise to the top. As you read, you will start to feel more and more informed.